The Rocky Mountains from the Air

Last Saturday there was an earthquake in Haida Gwaii (formerly the Queen Charlotte Islands), British Columbia, that measured 7.7 on the Richter scale. There were tsunami warnings along the Canadian and American coast, all the way to Hawaii. On Sunday there was an aftershock that measured 6.3.

I didn't feel a thing here on B.C.'s Sunshine Coast. However, we live very close to the ocean and with all the recent talk about tsunamis and earthquakes, it got me thinking about the immense power of the elements. Just this past week, Hurricane Sandy battered the Caribbean and the east coast of the States, then tore into Canada as well. No matter the achievements of humankind, we are all at the mercy of Mother Nature at times.

Thinking about the power of the elements got me thinking about my recent trip to Ontario. Anytime I take a trip back east I marvel at the Rocky Mountains as we fly over. The Rockies stretch out about 3,000 miles (4,830 km) from British Columbia to New Mexico. The mountain range was formed between 55 million to 80 million years ago. Since that time, water erosion and glaciers have carved out incredible peaks and valleys. They are jaw-droppingly beautiful. Here are just a few shots I took of the Rocky Mountains as we flew over in a jet. 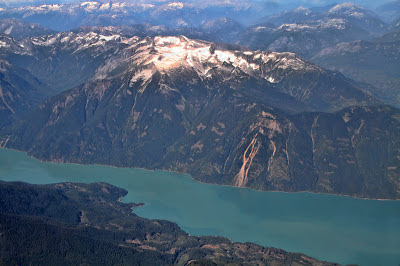 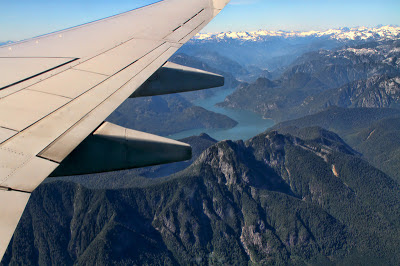 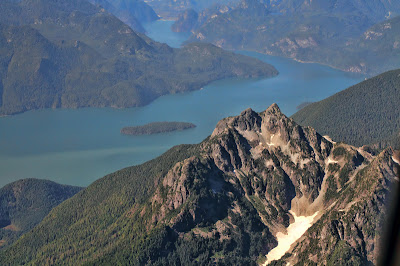 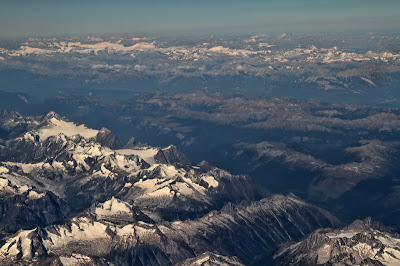 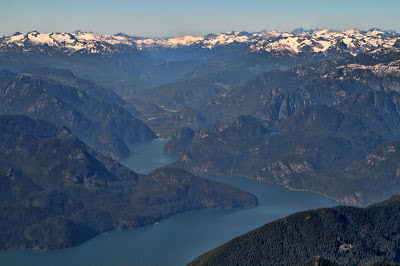 Canadian Rockies
Impressive, aren't they?﻿
I've been nervously thinking about which of our nearby mountains we could drive to in case we ever needed to evacuate, as so many others were recently required to do. It's a very unsettling feeling.
Posted by Peggy Collins at 10:34 AM 1 comment:

Zazzle is a print on demand shop that has offices worldwide.﻿ I've ordered their calendars before and they're very high quality.
I also have some squirrel calendars from years gone by that I've updated for 2013. In fact, I have a whole bunch of nature wall calendars for 2013 so I'll show them all to you here.

You can get 25% off all calendars at Zazzle until November 27th. Just enter the code "CALENDAR TIME" at checkout.﻿
﻿
Posted by Peggy Collins at 12:13 PM No comments: 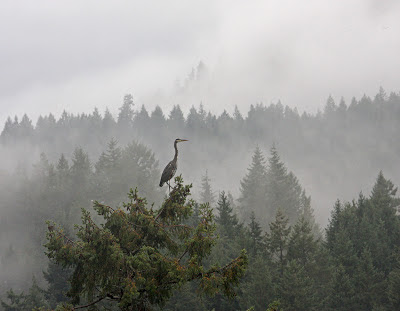 Heron in the Mist Canvas Print﻿
Just thought I'd let you know that Zazzle is having a 50% off sale on canvas prints and posters this weekend only. Their prints are high quality and anything you buy from Zazzle is 100% satisfaction guaranteed. This sale is a great way to get started on some early Christmas shopping. Just type in the code "SWEETSAVINGS" at checkout.
The heron photo above is still one of my all-time favourite pictures...that I've taken, that is! The canvas is a steal at half price. Or have a look through my Zazzle shop, which often has big sales going on. Happy shopping!
herons art
Posted by Peggy Collins at 6:20 PM No comments: 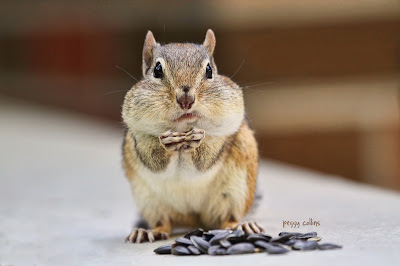 Oh, I've been bad. I've let a whole summer slip away without posting anything here. So sorry! What can I say...things get hectic in the summer for a nature photographer.

I've gone on a couple of trips and of course took lots of pictures. At the beginning of September I went back east to visit my parents and to help my mom celebrate her 80th birthday. It was fun getting together with everybody...I haven't seen some of my relatives for many years.

I became entranced by a chipmunk that visited my parents' house every day. We don't seem to get chipmunks here in British Columbia, so seeing him was a special treat for me. You already know I'm squirrel crazy, but now I'm chipmunk crazy too! I named the little fellow (or girl?) Chipper. I took so many pictures of him, I ended up making a calendar.

Here are just a few of my chipmunk photos that are included in my calendar of Chipper... 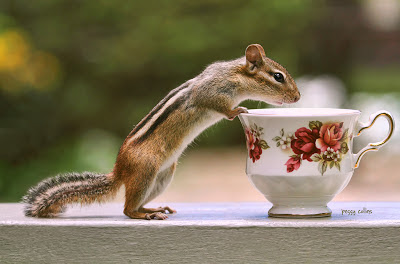 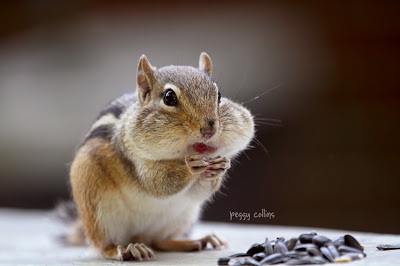 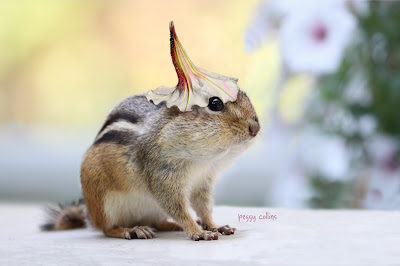 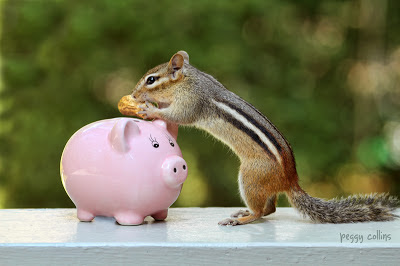 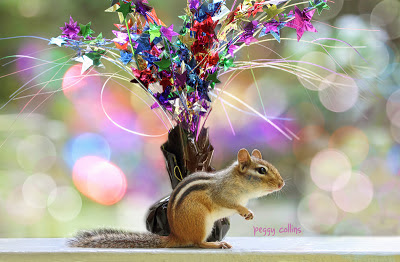 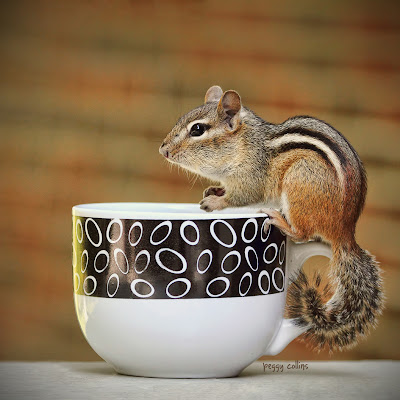 Chipmunk on Coffee Mug
Today ﻿only there is a sale in my Zazzle shop for $5 off all calendars. Besides my chipmunk calendar I have lots of others including squirrels, other animals, dragonflies, a coyote calendar, and a new inspirational calendar. Please use the code FIVEOFFDEAL4 at checkout for the discount.
chipmunks art
Posted by Peggy Collins at 12:59 PM No comments: