This past August I took some time away from selling my photography at a craft fair and checked out the classic cars at the Show 'n Shine car show, held in Garden Bay on the Sunshine Coast of British Columbia.

Well, I wish I had done this sooner! Year after year I'd been selling my work at the craft fair that's held in conjunction with the car show and I'd never taken the time to have a look at the cars. After seeing the beauties at the show, I think I've turned into a car junkie now!

Take a look at some of these lovely vintage cars... 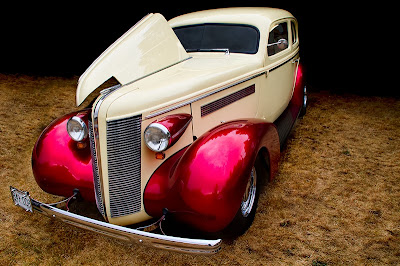 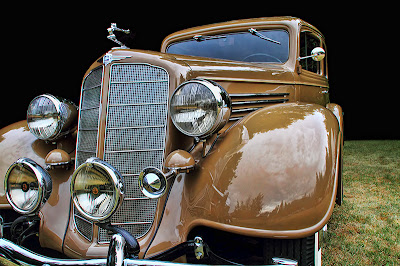 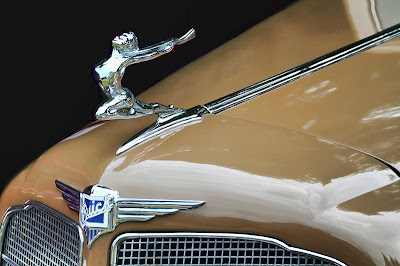 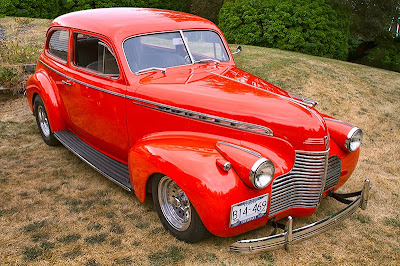 1940 Chevrolet 2 Door
I took photographs of just about every car at the show but these are the only ones I've processed so far. It's very time-consuming to process the pictures because I remove distracting objects like chairs, other cars, and sometimes even people in order to make the cars look their best. It's a challenge that I enjoy though, and I've been sharpening my Photoshop skills.
Next year I plan on skipping the craft fair...I'll go straight to the cars and spend more time photographing them. I really enjoyed the show and would like to take time to talk to the owners of these antique beauties. There's also a bigger show in nearby Sechelt called the Sleepy Hollow car show, held by the Coaster's Car Club. Even though I'll have to miss one of the year's busiest craft fairs that's held that weekend, next year I think I'll skip it in order to photograph the cars.
vintage cars art
Posted by Peggy Collins at 4:27 PM