Where Have the Hummingbirds Gone? 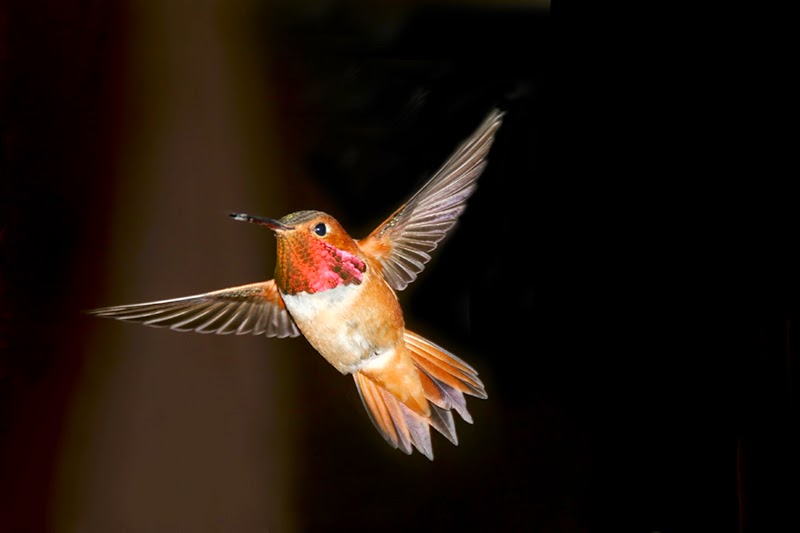 
I don't know where all the hummingbirds have gone lately but they've vanished. This seems to happen every year...I put out hummingbird feeders in the front and back and get lots of visitors starting in March when the Rufous hummers return from Mexico. But by this time of year, I rarely if ever see them at my feeders.

Rufous hummingbirds are particularly feisty and will try to drive off any other hummers that come near "their" feeder. So the area is always buzzing with activity for a couple of months. This year I even had one particular male bird constantly perched on a tall tree branch which gave him a good outlook for any invaders in his territory. I could sit on the living room couch and see him there most of the time. But now he's gone, along with all the others.

I'm very careful about cleaning my feeders and putting out fresh nectar, so that isn't the problem. I suppose there are enough flowers for the hummers to feed on now but I've asked around and other people say they still have hummingbirds visiting their feeders, so I don't think that's it either. I just don't know what it could be. Having them around for only two months out of the year isn't enough! I guess I need to move to some tropical paradise if I want to see them year-round.
flying hummingbird art
Posted by Peggy Collins at 4:05 PM