A Penny Saved is a Penny Earned 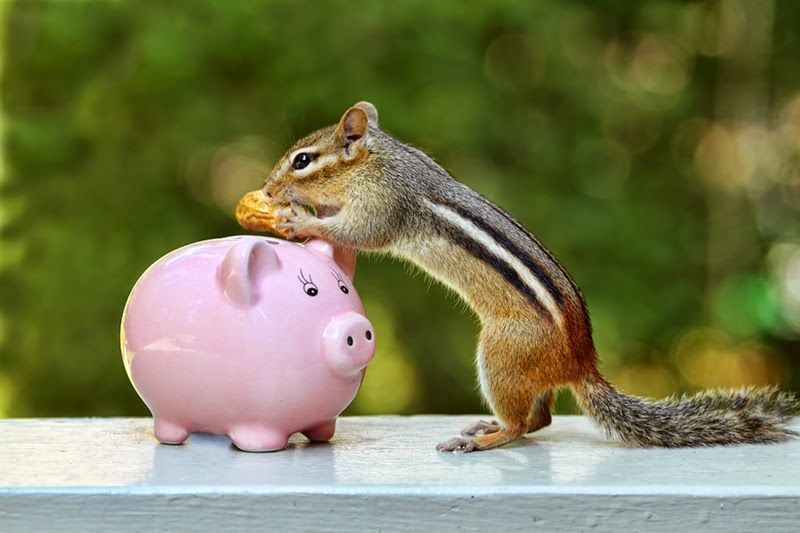 Chipmunk Saving for a Rainy Day

Yesterday I read on Facebook that a cougar had been spotted about 20 minutes from where I live. I've yet to run into one and I'm not sure I ever want to, even though it would make a great picture. This morning while walking my dogs down a forestry road, they started reacting big time to something about 10 feet away from us in the bush...and then I heard a twig snap. Just a little unnerving! The ferns and bushes were low enough that I know it wasn't a deer or elk in there. It could've been a coyote but I've also seen wolves and bobcats up there. What's bigger than a bread basket but smaller than a bush? Hmmm...

Anyway, I was so distracted (glancing over my shoulder as we continued on our walk) that I didn't see it until we headed back. Right there, in almost the exact spot where the dogs had smelled an animal, I saw $10 bill lying on the road. It was soggy and dirty, but whatever, it works for me!

I have a hard time hanging onto money though. I mostly spend it on books and courses. Aside from photography, learning and creating are probably my two favorite things to do. One thing I'll say though, I think I spend much less money on gear than the average photographer.

Are you a saver or a spender? What do you like to spend money on? piggy bank art
Posted by Peggy Collins at 11:00 AM