How to Avoid Stuffing Your Face During the Holidays 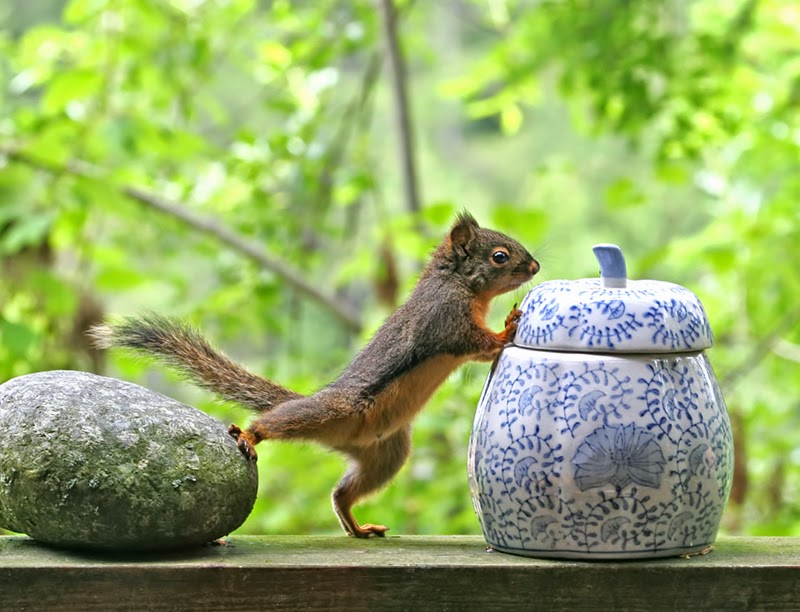 Do you know how to avoid stuffing your face during the holidays? No? Well, neither do I! If you came here hoping for some advice about that particular problem, I'm sorry to disappoint you because I haven't got a clue.

This past week it was like I was possessed by a sugar-craving demon. It started innocently enough...I mentioned to my husband that I felt like a little treat. After a few moments I specifically mentioned that something like a dark chocolate bar might hit the spot. I envisioned having a few bites and leaving the rest for him.

What did he do? He brought home a humungous double chocolate cake/brownie thing from the supermarket. With icing. And extra chocolate bits inside the cake/brownie. So of course I had to at least sample it. I had a smallish piece and I thought that was that.

"Oh no, you don't!" said the cake. "You don't get off that easy. It's December and that means Christmas is coming and that means it's time to loosen your belt and let the calories fly!" I swear the cake was speaking to me. It told me to keep eating it until it was all gone. It took my husband and me a day to wipe that cake off the face of the earth. He'd have a piece, then I figured I deserved another, and so it went.

A day passed after the cake was no more. I was in the supermarket and I swear a "party tray" of goodies called my name as I passed by. Before I knew it, the party tray was hitching a ride in my grocery cart. I threw a bunch of carrots in there too just to feel a little better about things.

My husband had two little treats from the assorted goodies in the party tray. He said he felt like his face was vibrating afterwards...from the sugar, I guess. He very kindly left the rest of the goodies to me. One thing about party trays is that you have a fine selection of things from which to choose. It's like taste-testing and it's basically your job to compare and judge each treat to see which one you like best. Then you have to rate them in order of preference. Well, for me it's no contest, Nanaimo bars always come out on top. I'm not even sure if they're made anywhere besides in Canada. If not, you really should travel to Canada just to taste one because they're out of this world. Talk about a sugar rush though...wowee!

Right after I wiped out the party tray of little cakes and such, I was selling my wares at a craft market and of course the woman next to me was selling fruitcakes and cookies and this sort of thing. My husband dropped by and bought her last fruitcake. What I didn't mention to him was that I'd already bought a package of shortbread cookies from her and ate all four cookies.

Anyway, I'm swearing off all the sugar again. I'm going to straighten up and fly right for the rest of the holidays. I notice my immune system takes a dip whenever I get into the sugar like that and really, who needs it? Sugar is the devil in disguise, I'm convinced.